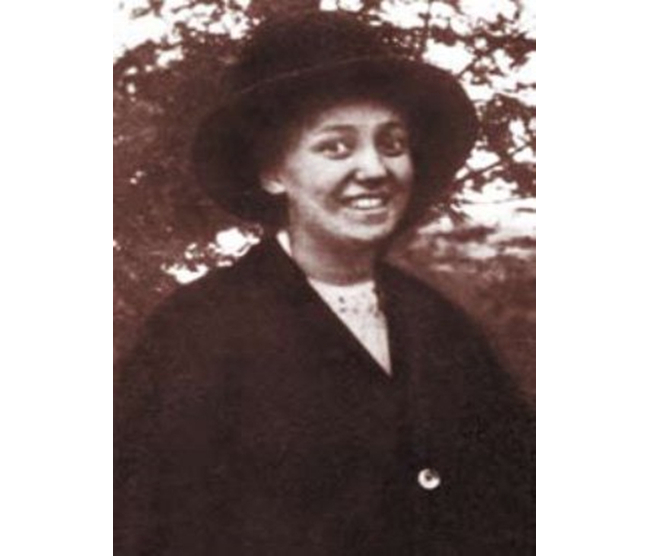 "The more you pray and allow the Holy Spirit to act, the more he attains this holy freedom of spirit, which leads him to do things that bear tremendous fruit.” Those were Pope Francis’ words at the Audience of the Schoenstatt Family on 25 October. This holy freedom of the Spirit is what motivated a young woman to look for her place in a “man’s world” during the First World War. And to keep at it! She discovered there were no women there. Yet she was convinced: They should be there, and I will be one of them!

We are talking about Gertraud von Bullion. In 1917, when she was working as a Red Cross nurse in a field hospital, she encountered the first Schoenstatter, Franz Salzhuber. It was in a room next to where there had been a prayer service, and they got into conversation – very simple, insignificant, but a world-shaking experience for this daughter of a German Count.

After the chaos of the war and serious difficulties in her family, she looked for a deeper meaning to her life, and for a place that would give her security in the faith and spiritual depth. She set off for Schoenstatt and Fr Kentenich. She had to find a great deal of patience and persistence, because there was no place in Schoenstatt for women. Yet Gertraud von Bullion wanted to create one for herself and others, and especially for Schoenstatt. At first it was wholly personal, but then she joined with other women in a looser form, and finally, almost five years after the first encounter, Schoenstatt opened itself to women. With the same obligations, decisiveness and commitment as the men, they were to live in the world and serve Christ and the people.

Gertraud von Bullion, the first woman who was gripped with love for the Blessed Mother. She wanted to see to it that many would be drawn into the current of love of the covenant of love. Her influence continues still today.

Looking for the needs of the people

Gertraud was purposeful and self-confident. But that was only one side. The other: She was a gifted musician and artist, she was sensitive to the needs of others around her, and knew how to help them. There are many reports on how she cared for soldiers during the war, and how she knew how to mitigate not only their physical suffering, but very particularly their spiritual anguish. When she became seriously ill will tuberculosis, which finally led to her early death, and the profound experience of loneliness and suffering, she grew in ultimate stature.

“Jesus was the master of time wasting, no? He wasted time to accompany, to allow consciences to mature, to heal, to teach.”

Gertraud would have enjoyed those words of Pope Francis.

Her uncomplicated ways would set to work still today wherever her help was needed, or bring about clarity in a seemingly hopeless situation.

The first room on Belmonte, which is dedicated to a woman

She was the first woman in Schoenstatt: Gertraud von Bullion. She is also part of Belmonte. The first room there to be dedicated to a woman has to bear her name.

People who feel attached to her and her mission are seeing to that.

The more you pray
and allow the Holy Spirit
to act,
the more he attains this
holy freedom of spirit,
which leads him to do things
that bear tremendous fruit.